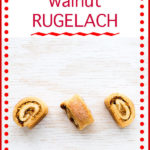 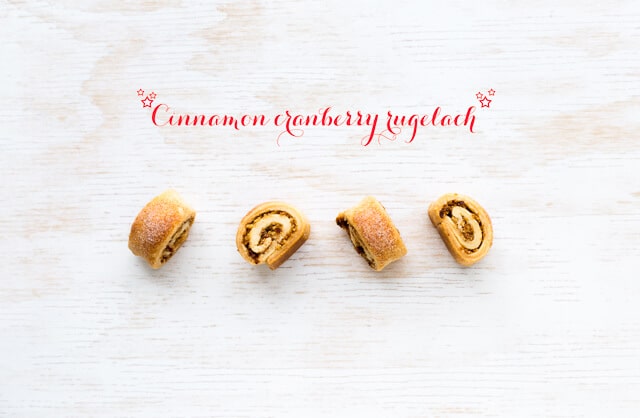 These cinnamon rugelach with dried cranberries and walnuts are extremely popular around the holidays. The cream cheese dough is easy to work with and so forgiving. And the filling with cinnamon and dried cranberries is downright festive without being fussy or overthought.

An easier way to make rugelach at home

My mom and I have made this recipe (from Anna Olson) a lot of times (like for the last 10 years) and we used to follow her directions exactly. We’d take the time to divide the dough into 8 pieces, and then roll each piece into 8 discs, and then cut each disk into 8 triangles, and then roll each of the 8 triangles into 8 crescent cookies, just like Anna Olson suggests. It was A LOT OF WORK and to be quite honest, half of the crescents would come out of the oven looking not-so-crescent-like and pretty darn ugly!

Then one year, it dawned on me that there is an easier way to make all these cookies. We finally abandoned the crescent shape a few years ago because it just wasn’t very user-friendly and we simplified the rolling and cutting significantly.

Now these cookies can be shaped much faster. They’re rolled and cut the way you would sticky buns or cinnamon rolls, like for these cinnamon raisin buns. And you won’t break your back rolling and shaping 64 crescents. The new version of the recipe makes slightly less, which means bigger rugelach. That’s a good thing, if you ask me. The longest part of this recipe is the chilling and the baking, instead of the hard labour. 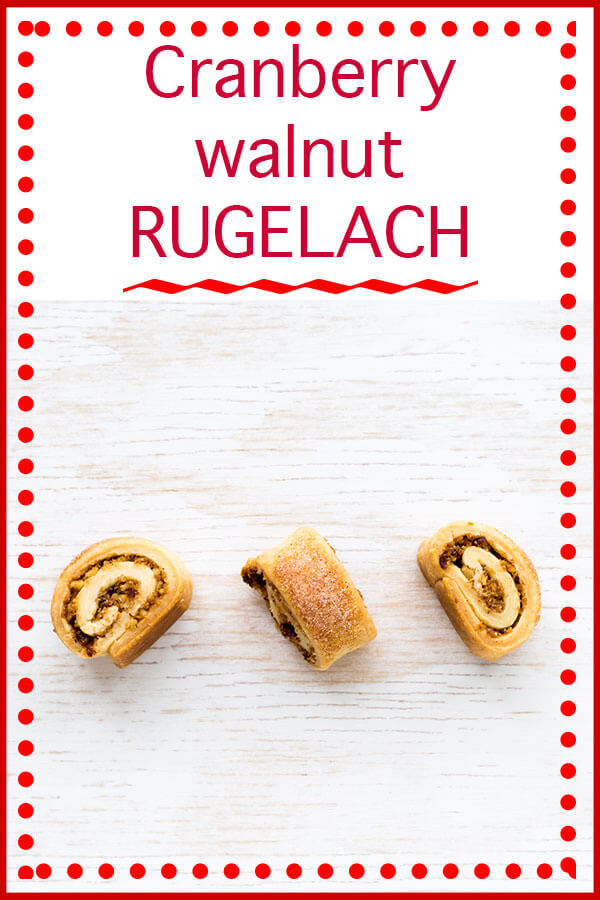 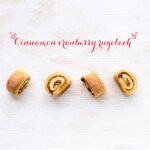 How to shape & bake cinnamon rugelach

This recipe is adapted from an Anna Olson recipe (note that the original recipe makes 64, that’s SIXTY FOUR, rugelach, and not the 24 the recipe on the Food Network Canada site claims! What a typo!).