Jump to Recipe Print Recipe
These super cute pumpkin whoopie pies with cream cheese filling are made with little pumpkin spice cakes and filled with a brown butter cream cheese frosting. These whoopie pies make a great pumpkin dessert for Thanksgiving for people who don't like pumpkin pie! 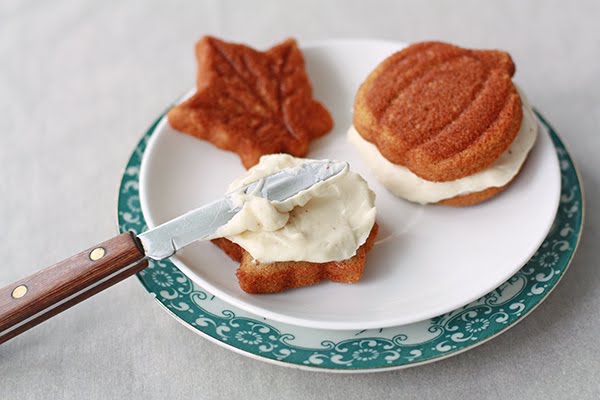 Whoopie pies. It's about time! For months, I read about people's love for whoopie pies, all the while wondering what could possibly be so special about them.

What is a whoopie pie?

It turns out that whoopie pies are nothing but frosting sandwiched between two little cakes. In fact, whoopie pies used to be made to use up leftover cake batter so it wouldn't go to waste. The term whoopie pie comes from when kids would scream "whoopie!" whenever they were surprised with these little cake sandwiches in their lunches or after school. The most common whoopie pie is chocolate, but these pumpkin whoopie pies are gaining in popularity, especially around Thanksgiving and Halloween in North America. 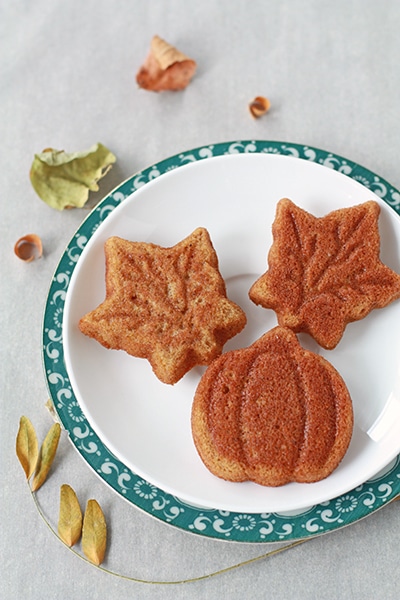 What kind of filling is used for whoopie pies

Whoopie pies are really simple to make, and with the right filling, they are quite special and a lot of fun. The filling can be any thick frosting, like this cream cheese frosting, or in this case, a brown butter-flavoured cream cheese frosting, which adds pretty golden brown flecks to the filling. Around Christmas time, you can make a candy cane frosting and garnish with crushed mints. Really, any frosting made from butter and icing sugar will work. If you want a more sophisticated filling, you could even try an Italian meringue buttercream. 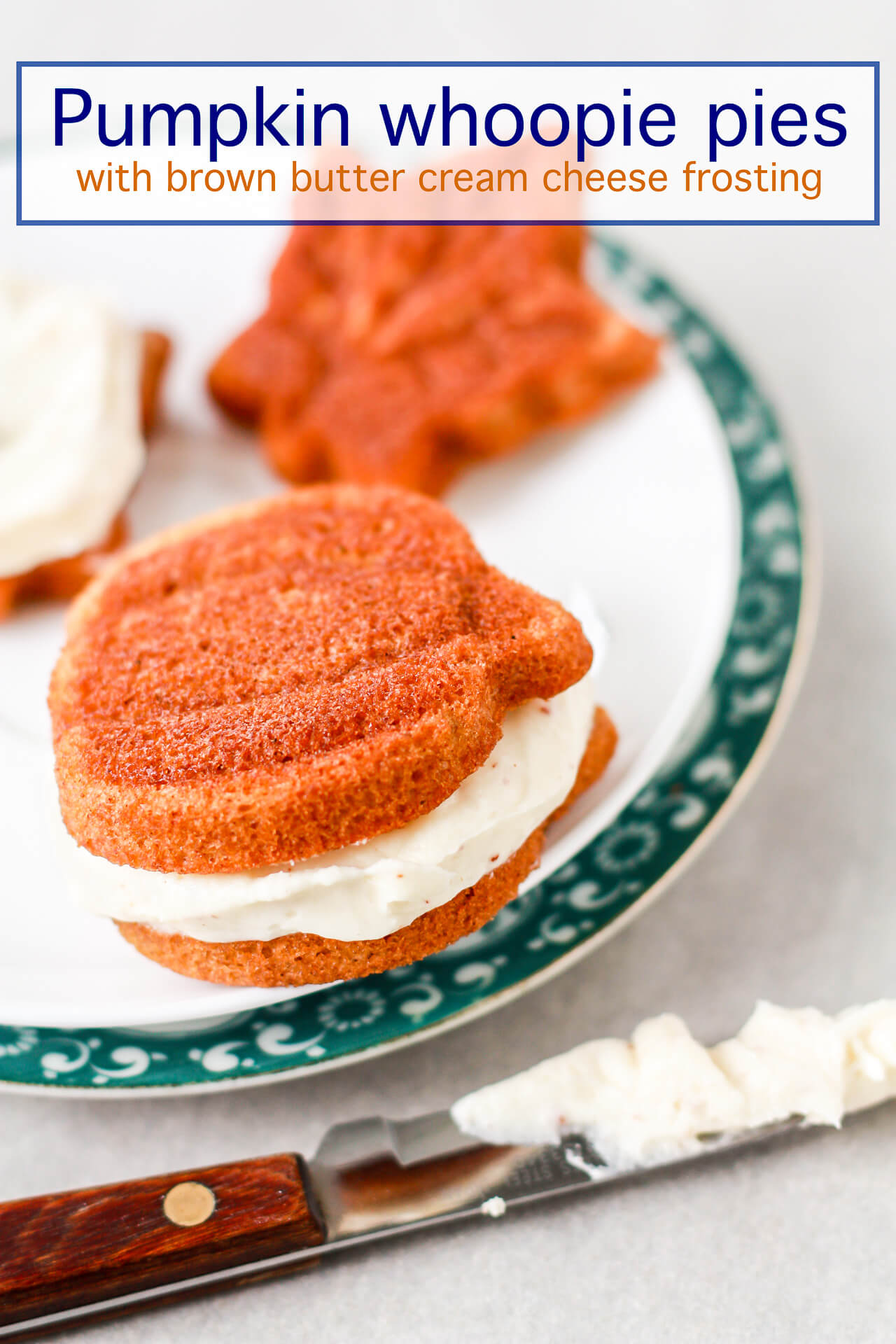 Since fall is here to stay, my first batch of whoopie pies was inspired by a Wilton "Harvest" whoopie pie pan (available on Amazon) and their easy recipe for pumpkin spice whoopie pies. I added some ground ginger to add a little more zip to the cake batter. If you want to make them with homemade pumpkin purée, make sure to strain out the excess water because homemade pumpkin tends to be more watery. 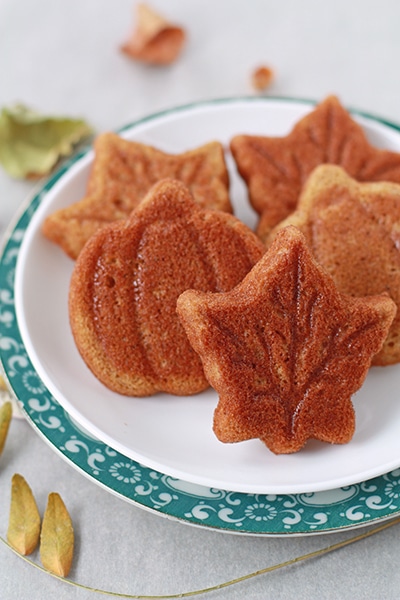 I changed the frosting recipe slightly, adding in a little extra powdered sugar and substituting some brown butter for some of the cream cheese. The nuttiness of the brown butter is great in a cream cheese frosting like this one and the nutty aroma and flavor really come through since the frosting is not too sweet. I am madly in love with this frosting. 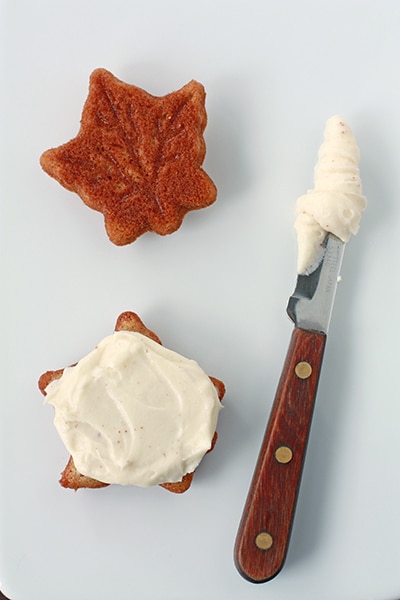 If you're on the fence about whoopie pies, you should give them a try. They are a welcome change in a cupcake-dominated world. But if you don't have a whoopie pie pan, don't let that stop you! Bake small scoop-fulls of the batter on a parchment-lined baking sheet or use a muffin pan (like this one on Amazon) for perfectly round little cakes. 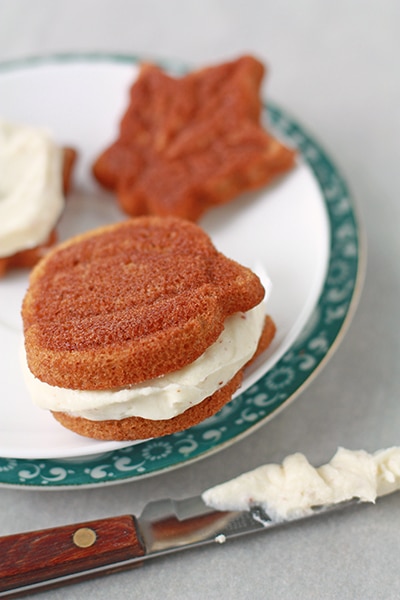 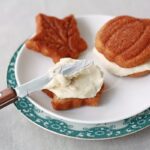 For the whoopie pies

To make the filling:

Please use full fat Philadelphia brand cream cheese. This brand has the best flavour and texture! For the whoopie pies, I used the Wilton Harvest whoopie pie pan (available on Amazon) but of course, a regular whoopie pie pan (from Amazon) would also work, as would a muffin tin. If you don't have buttermilk, a common baking substitution is to use regular milk with a splash of vinegar (7.5 mL (½ tablespoon) of vinegar per 125 mL (½ cup) of milk)
Tried this recipe?Mention @kitchenhealssoul or tag #kitchenhealssoul!