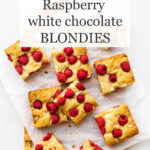 This easy recipe for white chocolate and raspberry blondies is made with browned butter for extra nutty flavour and brown sugar for that toffee flavour. Bake this recipe longer for chewier, firmer blondies, or less for a softer, more gooey blondie. 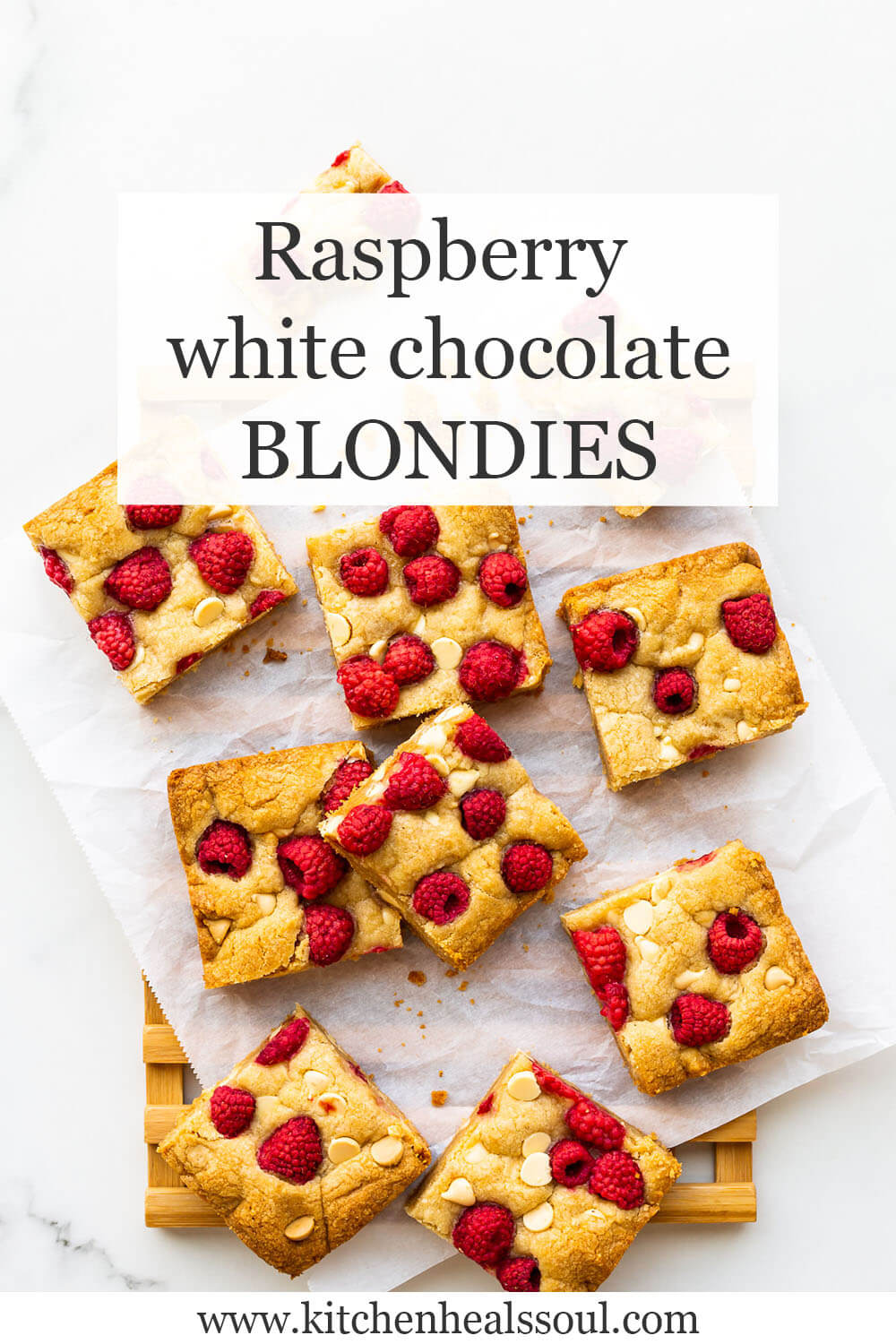 I love the combination of sweet, vanilla flavoured baked goods and fruit. The pairing works especially well in fruit muffins like these rhubarb muffins with sour cream, honey blueberry muffins, or even low sugar blueberry bran muffins. And you can even make it work in cookies, like these blueberry oatmeal cookies with white chocolate chips. 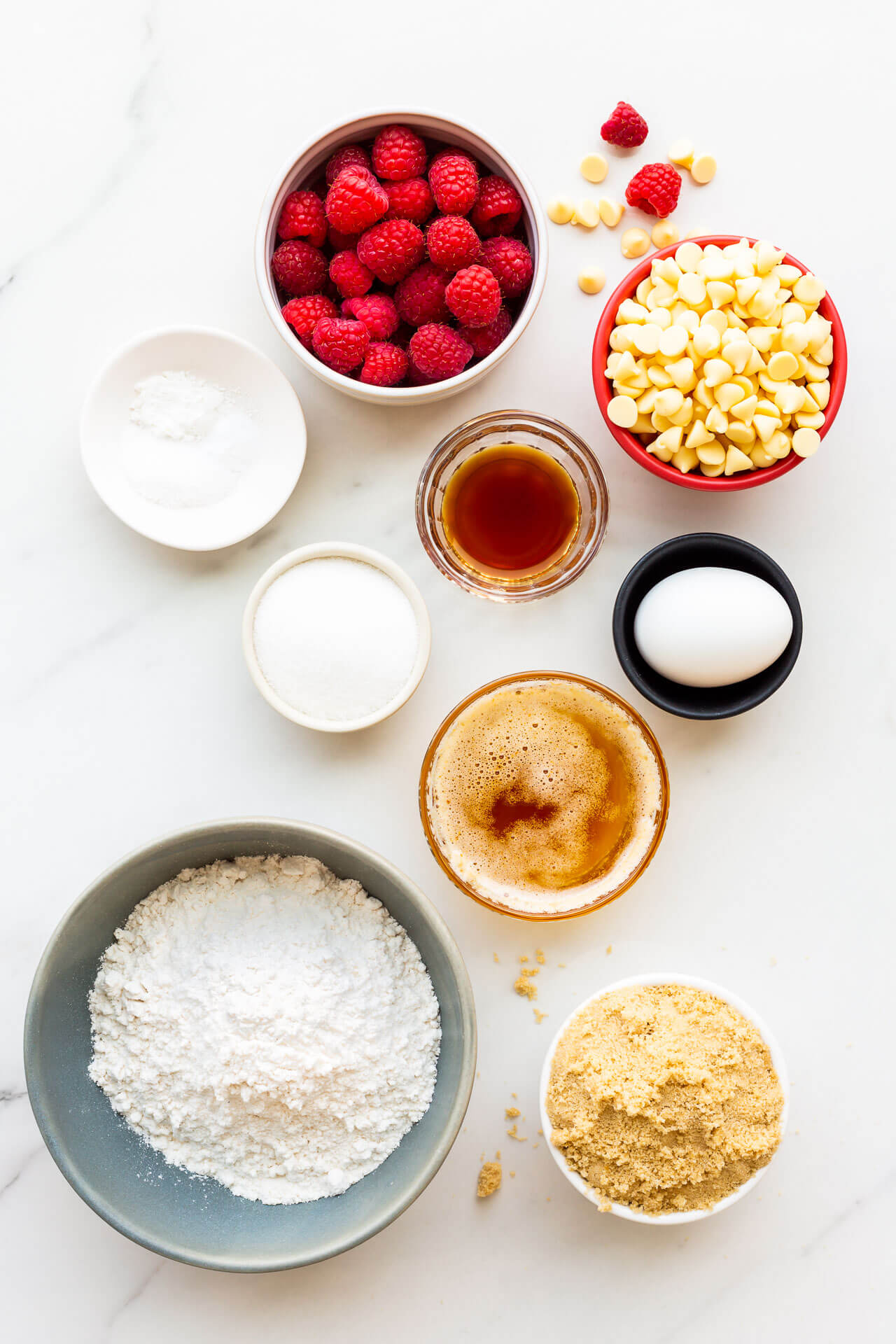 Financiers are also a great canvas for fruit because these little cakes are sweet and nutty, the perfect pairing for bright fruit flavours. I added slices of golden kiwis to these coconut financiers, cranberries to these gluten-free chestnut financiers, and raspberries to make classic berry financiers.

You simply can’t go wrong with playing with fruits in baked goods! 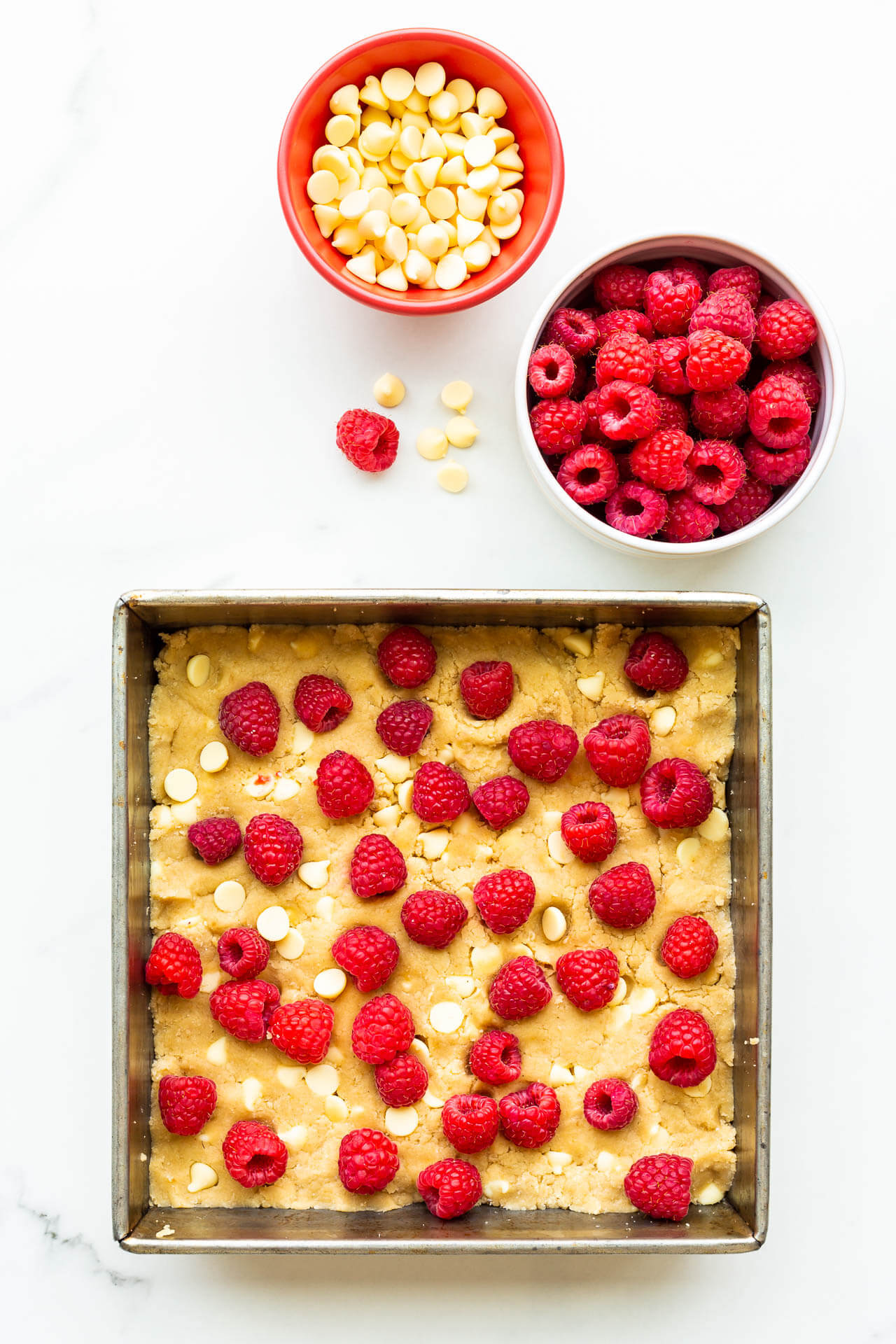 While I prefer my blondies on the chewy side and I’m an edge/corner-person, I understand that not everybody is a fan of chewy blondies. If you would prefer a more dense or gooey blondie, try reducing the flour in this recipe. You can go as low as 125 grams (1 cup) of all-purpose flour for this recipe. The blondies will be more dense and fudgy as they cool.

How to incorporate delicate berries in baked goods

The cool thing about baking with fruit is that you can also use fruit as a topping for bars, like brownies and blondies. After garnishing these one bowl brownies with raspberries just before baking, I realized how well this works.

Since it’s raspberry season, I decided to take my fruity obsession one step further and make these white chocolate and raspberry blondies. When you want to add delicate berries to cake batters or cookie doughs, you have to be very careful to avoid crushing the berries, which will ooze too much juice and throw off the recipe. That shouldn’t stop you because you have options: 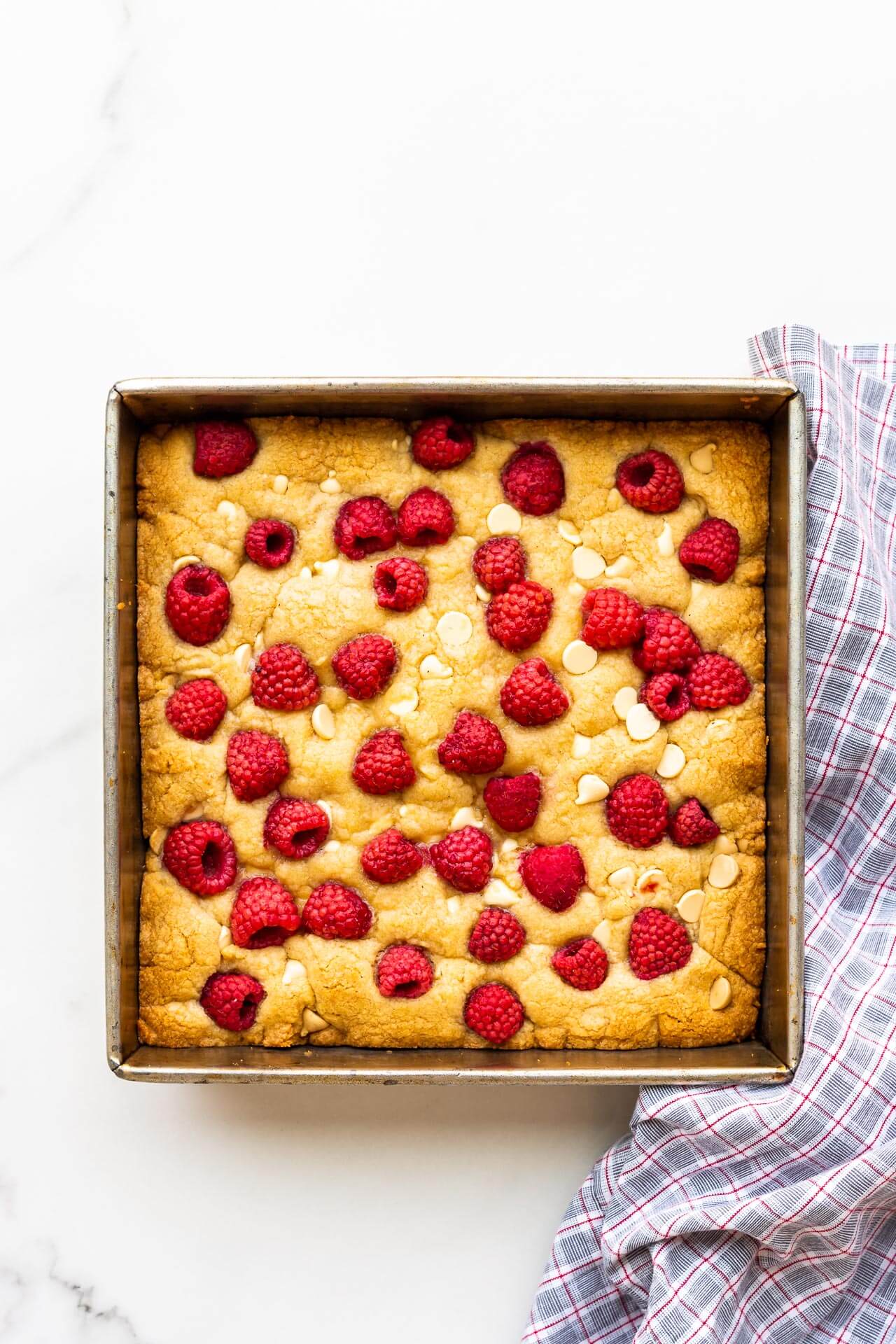 Substitutions for this recipe

If you need to make some baking substitution ideas for this recipe: 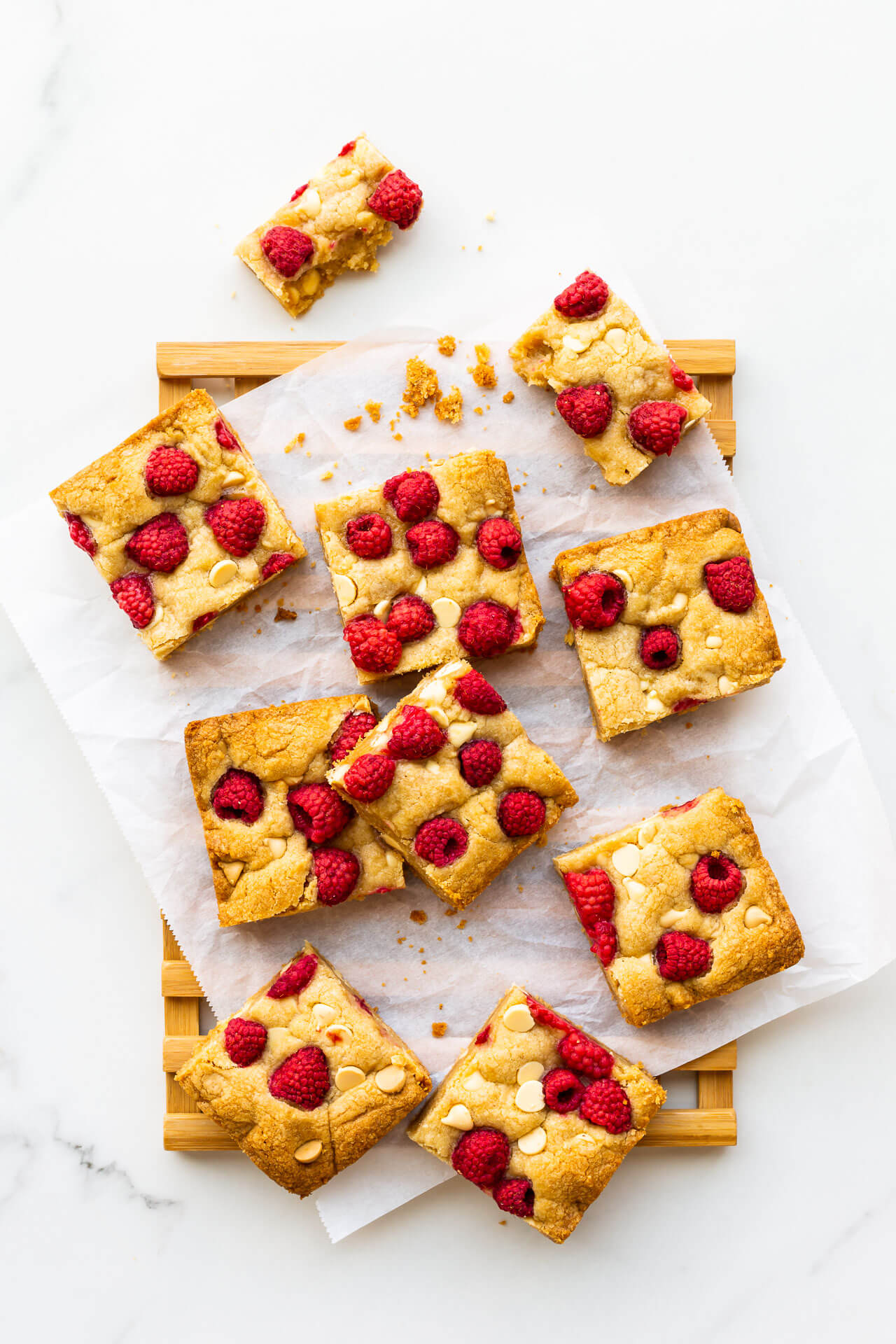 These raspberry and white chocolate blondies are the perfect summery treat when raspberries are in season! 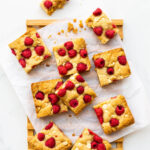 I understand that you might want to bake these blondies with whatever flour you have on hand. 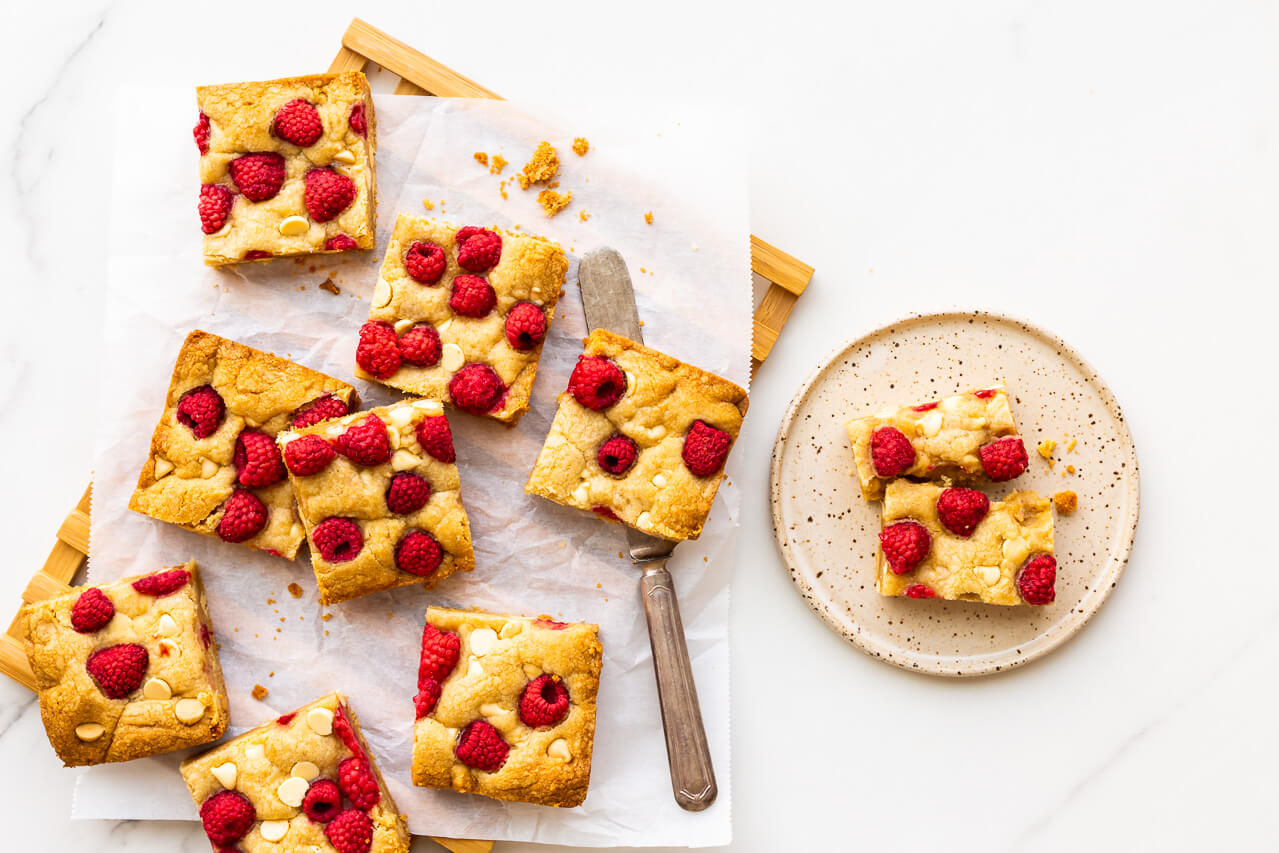