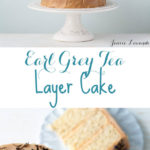 If you love tea, this Earl Grey layer cake recipe is for you, made with three layers of Earl Grey cake and a creamy Earl Grey frosting. 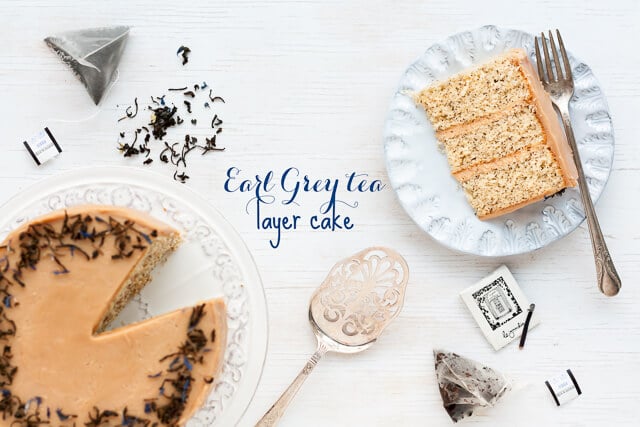 I turned 33 on the 3rd (of January), but actually, I was saying I was 33 at least a couple of months before the big day. I don’t think it happened overnight. I didn’t just wake up one morning and feel 33. I think gradually over the last few months, I started to feel “older”, and then one day, I just started saying I was 33, and I truly thought it. I felt older. I felt 33. People freak out over turning 30, and I wrote back in 2012 how I expected that turning 30 was going to be a big deal, but it wasn’t in the end. I had baked myself the Milk Bar birthday cake to celebrate. Turning 33 wasn’t a big thing either for me, but for once, I really felt that extra year. I was basically done with my 32nd year of age somewhere in November, and then I was 33. 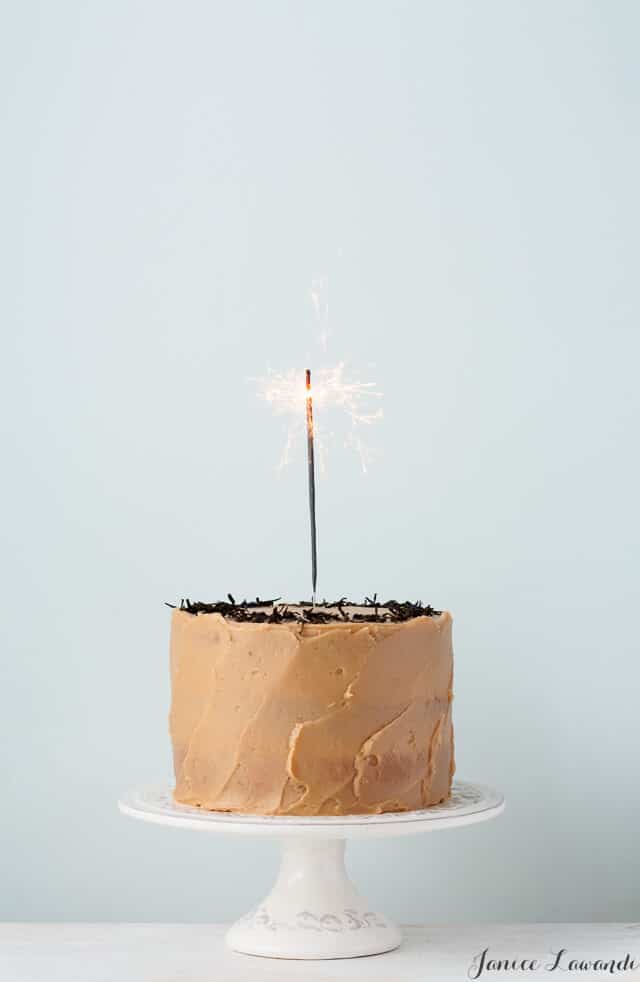 I turned 33 on the 3rd, and that’s a lot of 3’s. I worried before the big day that if 3 happened to be an unlucky number for me, then given the number of threes involved with this particular birthday, it could only mean bad news. But I don’t have a lucky or an unlucky number, as far as I know, and I don’t know if 3 is lucky or unlucky for me. Can I simply declare 3 as my lucky number and make this 33rd birthday year a great one? Perhaps it’s that easy. 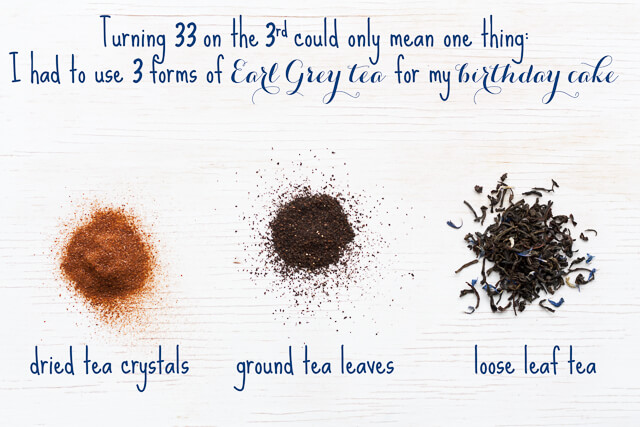 I spent the week following my birthday trying to decide what I wanted to make to celebrate all the threes of this year. I thought about all the cakes I’d made and blogged about over the last few years. For my 32nd birthday I made a spice cake with cream cheese frosting  and for my 31st, I made a chocolate amaretti cake, which is not a layer cake but still satisfying for its chocolate and almond flavour, and I celebrated my 30th with the Bar birthday cake. I spent a lot of time thinking, but by mid-week, I still had made nothing. So I went to the bookstore, and I bought 3 cookbooks to inspire me (I’m not kidding: I really did buy three cookbooks last Wednesday), including Matt & Renato’s 4th book (Baked Occasions on Amazon). In the end, after buying 3 cookbooks, of course I went back to my bookshelves and pulled Matt & Renato’s first (Baked New Frontiers in Baking on Amazon), which got me thinking about making a tea frosting because I love sweet, milk tea. It’s my favourite thing. 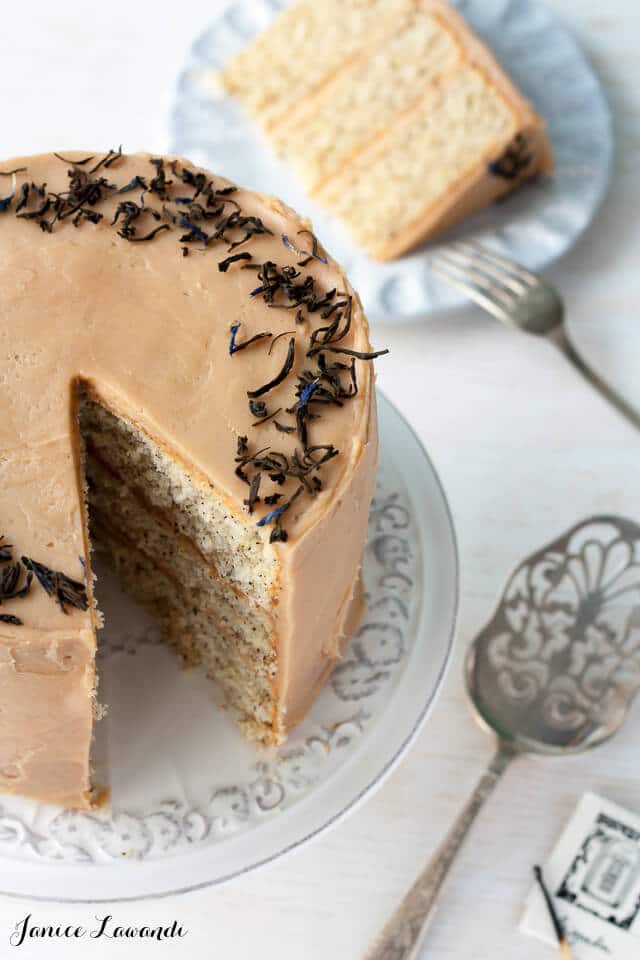 To celebrate my 33rd birthday a week after the 3rd, I took the best vanilla cake recipe (based on a Ricardo recipe), flavoured with lemon zest and speckled with finely ground Earl Grey tea (Earl Grey tea #1). To bake the cake layers, I split the batter between three 6-inch cake pans. Take the time to prepare the cake pans before baking, by buttering the pans, lining the bottom with parchment, and dusting the sides with flour. This way your cakes will slide right out of the pan, without sticking.

Between the layers, I slathered a milk tea frosting flavoured with instant Earl Grey crystals (Earl Grey tea #2) and based on a recipe for matcha frosting from Matt & Renato, and I decorated the cake with a ring of loose-leaf Earl Grey tea—a mixture that contains pretty blue flowers (Earl Grey tea #3). And thus, my “three Earl Grey teas” cake was born because “Three is a magic number. Yes it is, it’s a magic number” (as sung by Shannon Hoon for Schoolhouse Rock!). I guess you could say it’s quite like a London Fog cake, London Fog being a tea-based latte where the espresso in the latte is replaced with brewed tea. This Earl Grey cake is my favourite layer cake by far, but if you are more of a traditionalist, there’s always vanilla cake with chocolate frosting.

For more layer cake inspiration, check out my layer cake page, which has lots of recipes to choose from!

Here are some of my favourite tools to make layer cake recipes like this one (Note As an Amazon Associate I earn from qualifying purchases): 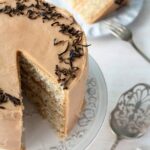 To make the cake layers

To make the frosting