This is not another Valentine’s day post, mainly because I don’t have a valentine to talk about. I haven’t dated in awhile. I don’t know if it’s a lack of effort on my part. Or maybe I can blame the men in this city. Who knows. I can honestly say it’s been ages since I’ve even had a crush on somebody. Oh well. I’m going to quickly change the subject now.

I am still, and will always be, a sucker for anything heart-shaped.

I will continue to make cute heart-shaped confections, valentine or no valentine. 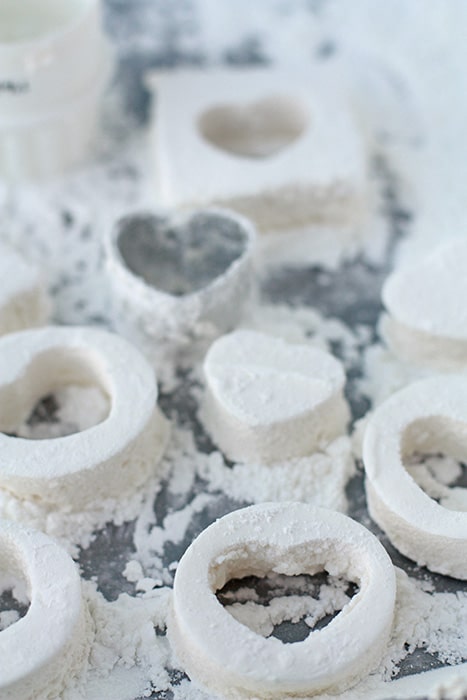 They say that the shorter the ingredient list, the harder it is to master. It’s true. Ganache is deceptively simple with only two ingredients, yet to achieve that perfect emulsion can be quite challenging. Meringue is made from egg whites, sugar, and water, and it too is one of the more difficult recipes to master and get just right every time.

I think marshmallows fall into this category as well. 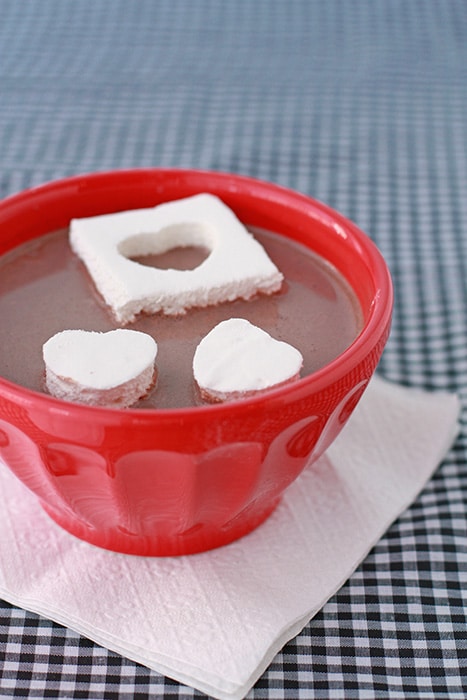 I made these marshmallows from egg whites, gelatin, sugar, corn syrup, water, and vanilla. They worked, as you can see from the photos, but they weren’t perfect (mine were a little wet on the bottom until I dumped them in icing sugar and cornstarch). And, of course, before having mastered the “marshmallow” techniques, I advanced to trying to replace the gelatin. That people was a fail! I substituted agar agar for the gelatin. Turns out agar agar cannot be used to make proper marshmallows because it can’t support their structure. It pays to read. (I read about this the next day after the agar experiment). My gelatin-free marshmallows looked, tasted, and smelled like marshmallows, but they were too fragile. They were not marshmallows.

This recipe is adapted from David Lebovitz. If you are anti-gelatin (which is understandable), I’ll save you the trouble and disappointment: don’t use agar agar. Just don’t bother. Try something else. Apparently carrageenan is a good one to try (though I have yet to test it).

While some bakers add vanilla bean to their marshmallow recipes, I prefer using pure vanilla extract and adding it at the end of the recipe to avoid damaging the flavour compounds. If you’d rather see the flecks of vanilla seeds, an alternative for the vanilla extract would be vanilla bean paste. Add the same amount! 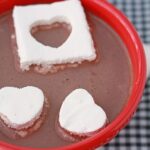