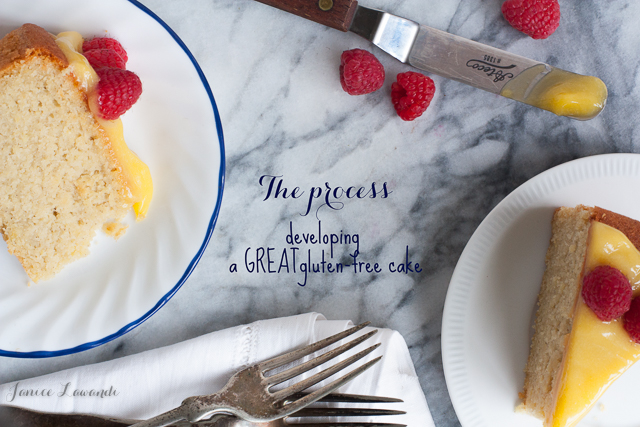 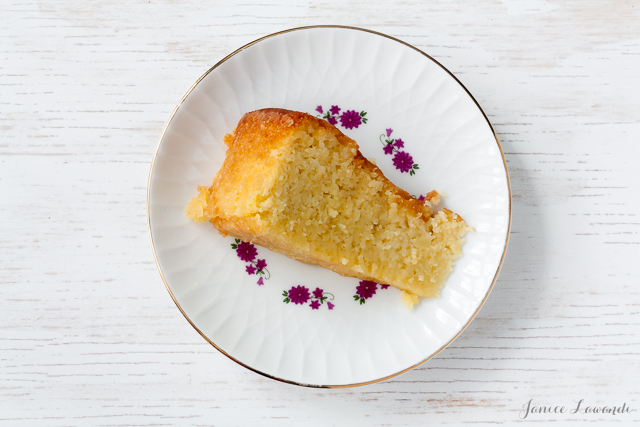 I decided a long time ago that the answer to gluten-free baked goods was to cook the starches, or cook the grains, and use those as a replacement, or partial replacement for traditional all-purpose flour, but I never had an opportunity (or the time) to test out my theory until now. It took 4 attempts to get this recipe right. FOUR! But I got it right in the end and I was really impressed with the results, especially considering 2 of the 3 other cake attempts were practically inedible.

Actually a couple of my attempts had me feeling like a failure, like my theory was wrong. But I am nothing if not stubborn, so I made a cake every day until I had a recipe that tasted right, with a nice texture and a fine crumb. Several of my attempts couldn’t be sliced and served on a plate because the consistency and texture were so off that the cake was too fragile to even fork off a bite.

I think part of the difficulty I had with this recipe was understanding the role of mashed potatoes. At first I had the impression that maybe adding mashed potatoes was just like using apple sauce in a low fat recipe, adding moisture more than anything else. After all, potatoes that are boiled in lots of water and then mashed actually have more water in them then we probably think. Then as I lowered the amount of mashed potato in the recipe, I understood that the mashed potato is actually necessary for the structure of the cake as a starch, helping provide a more open crumb and a lighter texture. A drastic change in the mashed potato led to a cake that rose and fell in the oven as it baked, yielding an eggy, greasy, dense mess of a cake. It just wasn’t right, and it certainly wasn’t good cake (original recipe adapted from BBC Good Food). 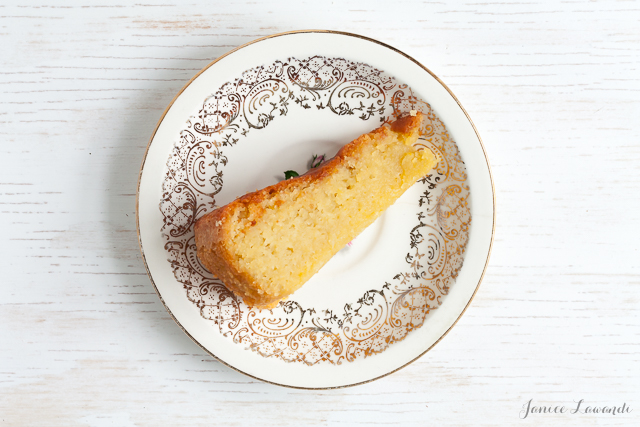 Working on this recipe also helped me realize how important vanilla is for flavour, especially in this cake: my first attempt tasted a lot like mashed potatoes, which was also a consequence of my mashing the potatoes with a traditional masher, and not a ricer. Switching to a ricer also improved the texture and crumb of the cake, making it more even and much lighter. I developed this recipe with yellow boiling potatoes, and I am positive that if you use any other kind of potato, the recipe would have to be adjusted, so keep that in mind. 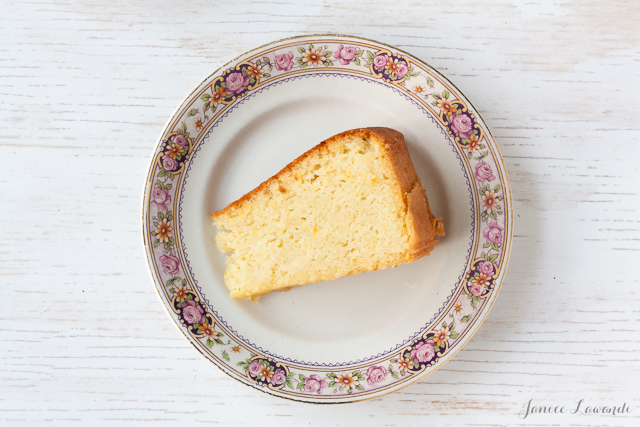 Version 3—the xanthan gum gave this cake a better structure, but the taste and mouthfeel were a little off-putting

And then there was that one cake I made adding a teaspoon of xanthan gum. That one just plain freaked me out. I couldn’t even get passed the first bite. Xanthan gum helps add structure to cakes, which is why I added it. And it did exactly what I wanted it to do: it gave me a cake that looked like cake, with a better crumb and a better overall structure that was less likely to collapse. But, I hated it. On the bright side, that cake helped me figure out why I have trouble with most gluten-free baked goods and gluten-free all purpose mixes: it’s the xanthan gum! Sadly, a package of xanthan gum  set me back a whopping 15 dollars before I realized. 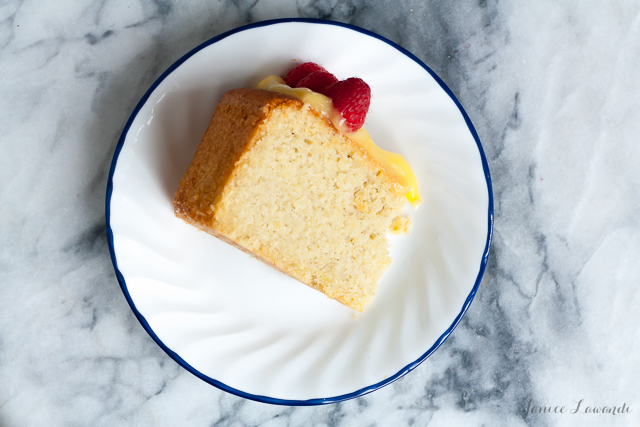 For the final recipe for this gluten-free mashed potato cake, click here.